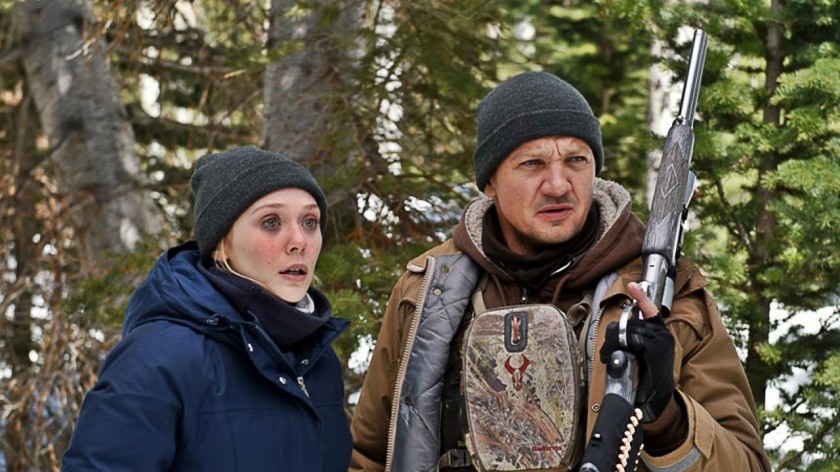 Screenwriter Taylor Sheridan exploded onto the scene in 2015 with Denis Villeneuve’s Sicario and hasn’t quit since. Last year he returned with an excellent crime film, David Mackenzie’s neo-western Hell or High Water, and now he’s back once more with Wind River. This time out, Sheridan is directing his own material* and boy does it ever sing just as sweetly.

Wind River is phenomenal in its simplicity. As with the other two films I mentioned above, there’s nothing particularly new here from a narrative standpoint. We’ve seen this story told before and we’ve seen it told well, be it in film, television, or book form. Guess what though? It’s told just as well here too. That’s the beauty of classic tropes. They can still grab a hold of you and squeeze until you scream, so long as they know they the right pressure points. Sheridan knows them well.

The snow-swept wasteland of rural Wyoming sells itself as a mysterious and dreadful place, with Ben Richardson’s cinematography further driving its harsh realities home. Nick Cave and Warren Ellis back him up, making sure that their score ratchets up the tension just as deftly as Richardson’s images and Sheridan’s words. It’s truly a thing of beauty.

Of course much of this would be for naught if the performances didn’t match the rest. Lucky for us, they do in spades. While I enjoy their Marvel escapades, Jeremy Renner and Elizabeth Olsen are given far more to chew on here. They do not disappoint. Nor does their supporting cast, which includes a more-than-game round of less familiar faces, as well as the always welcome Graham Greene. The film even finds time for a cameo by Jon Bernthal and I’ll be damned if he doesn’t make his moments count.

Wind River might not be a game-changer within its genre, but it’s a damn good film and one of the best movies I have seen this year. Taylor Sheridan remains a talent to watch, both as a writer and a director. I’m not sure what his future holds in the latter department just yet, but he already has at least two writing projects in the pipeline for next year: Stefano Sollima’s Soldado (aka Sicario 2) and James Mangold’s Disorder. If you couldn’t already guess, I’m beyond pumped to see what comes of them.

* – This is actually his second film as a director. In 2011, he helmed a horror film titled Vile, which he did not write. I haven’t yet seen it, so I cannot comment as to whether or not it can stand alongside the rest of his works.