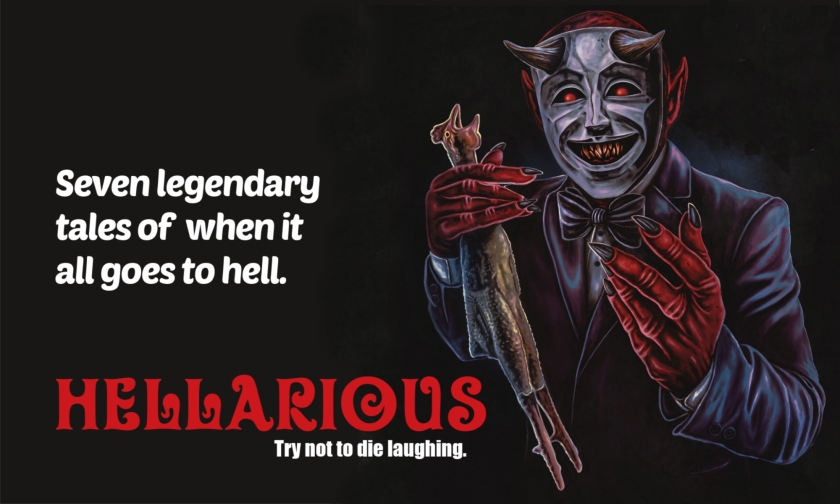 Horror anthologies were a big thing in the 1960s and 1970s. Not only were they the bread and butter of British horror studio Amicus, but genre stalwarts such as Roger Corman and Dan Curtis also managed to toss out some portmanteau fright film classics of their own. This particular spooky subgenre never really went away, but it did wane for a few decades before rising to prominence again around ten years ago. 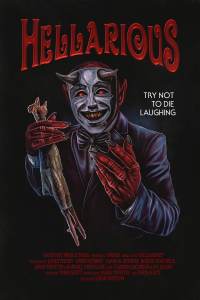 Since at least 2012, horror fans have been besieged by at least 15 notable horror anthologies. Mind you I have not personally loved them all, but then again, that’s usually the case with anthologies. By offering up a sampler platter of stories, one inevitably ends up liking some of them more than others. As Bobby Flay is fond of saying, if you give me choices, I’ll probably end up being disappointed by one of them. While that is certainly a risk, it’s one I find worth taking, as variety is ultimately the spice of life.

What kind of variety does this latest horror comedy smorgasbord offer up? Well, among other things, Hellarious is dishing out ravenous chupacabras, murderous shopping carts, manimals, cannibalism, and amateur Satanists who shouldn’t quit their dayjobs. That’s quite the spread, if you ask me.

Hellarious is a collection of existing, award-winning short films that have been making the rounds on the festival circuit in recent years. Given the sheer amount of such lauded shortform fare out there, I am legitimately surprised that such collections aren’t crafted more often. So how does this one stack up? It’s pretty great!

“Killer Kart” offers up monster absurdity of the highest order, which is always something I will enjoy. “Horrific” brings forth the aforementioned chupacabras, complete with some rad creature FX. “’Til Death” delightfully skewers married life and the unrealistic expectations that partners sometimes can have for one another. “Death Metal” swings the proceedings right back into absurdist territory with supremely gory results.

“Lunch Ladies” simply has to be seen to be believed. What on paper is a simple story of turns one’s dreams into reality plays out like a brilliantly demented Tim Burton film that happened to be penned by John Waters. “Bitten” takes a sweeter approach with its comedy as it examines the odd relationships that we have with our pets. Lastly, but certainly not least, we a dark ritual gone wrong tale in “Born Again”.

Some segments stroked my funny bone harder than others, but there aren’t any rotten apples in this bushel. If you’re looking for a new horror anthology that contains some segments so terrifyingly funny that it’ll literally bust your guts, you’ve come to the right place. “Lunch Ladies” and “Born Again” alone are worth the price of admission, with the rest being icing on the cake. “Killer Kart” really had me rolling (see what I did there) as well.

Hellarious will be arriving on VOD sometime in November, but you can already order it on Blu-ray. The Schlocketeer says give it a whirl!