In about two months, Daniel Craig’s final James Bond adventure will arrive in theaters. As we approach the release of No Time to Die, our countdown of the entire 007 film franchise continues with the Movie Bark podcast. This week, host James Christopher and I discussed the back half of Sean Connery’s Bond career. That’s right, folks! It’s time to talk Thunderball (1965), You Only Live Twice (1967), Diamonds Are Forever (1971), and Never Say Never Again (1983)…

What’s Bayhem? In my opinion it is often cinematic bliss, but that’s a hotly debated topic in film circles and has been for decades. James and guest Mike Donis tackle the subject of filmmaker Michael Bay, his body of work, and why he is such a controversial figure among cinephiles. Next up, James checks in with Carlo Rodriguez for the latest installment of “Binge Worthy“, where they discuss Netflix‘s reboot of the classics ’60s science fiction series, “Lost in Space“. Finally, the episode concludes with a fascinating discussion with filmmaker and University of Texas professor Ya’Ke Smith. As Q would say, this episode is “fully loaded”

Next time ’round, we will be discussing George Lazenby‘s one-off Bond outing, On Her Majesty’s Secret Service (1969), as well as the first few Roger Moore 00-excursions. Don’t forget to subscribe to Movie Bark wherever you listen to podcasts, as well as give the show a ‘like’ and a follow on Facebook! 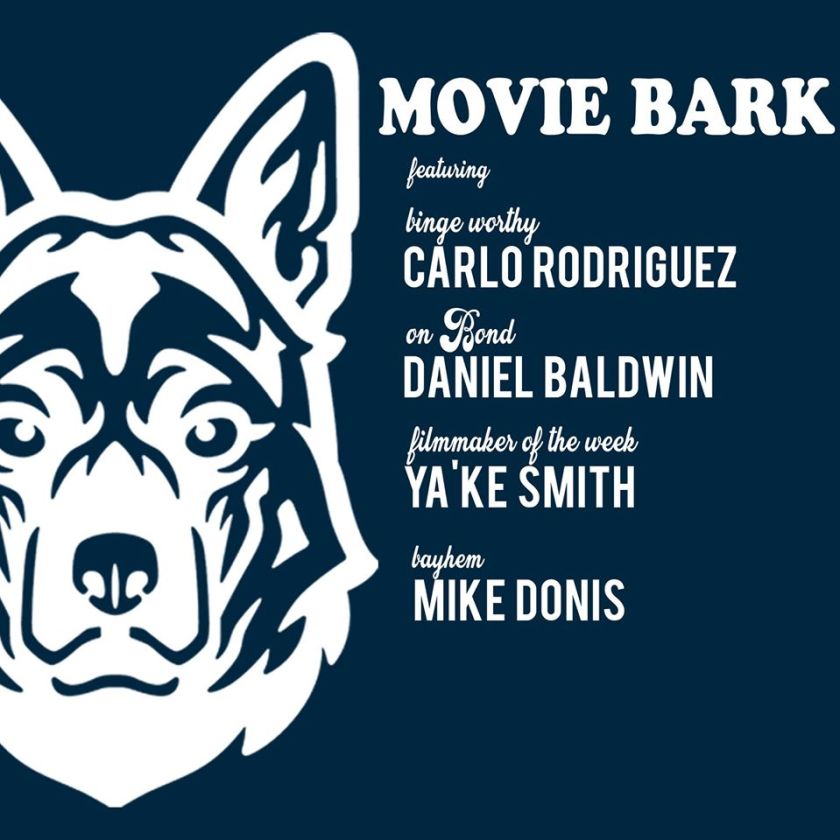