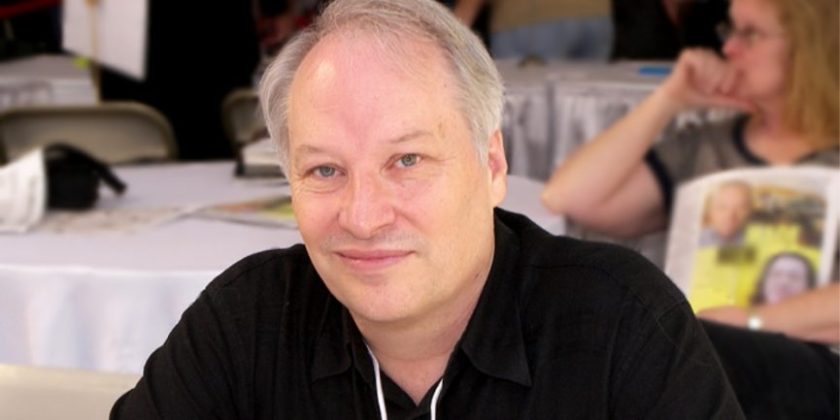 Pulp fiction delights me to no end. I’m not talking the Tarantino film (although that’s great too). I’m talking about actual pulp storytelling, no matter the genre. Horror stories, crime capers, western adventures, sci-fi shenanigans, two-fisted heroes, femme fatales, merciless mustache-twirling villains, etc. All of it excites me, especially when done with a sense of humor and an eye towards social commentary. Because of this, Joe R. Lansdale has always been one of my favorite writers and I’m elated that a documentary about the man has finally been made. All Hail the Popcorn King indeed! 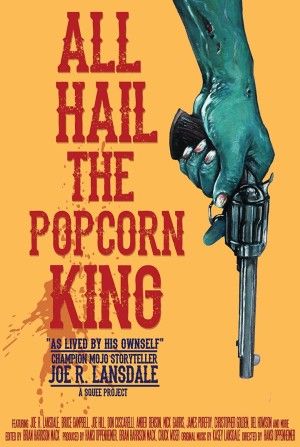 Who is Joe R. Lansdale? He’s a popular writer who has dabbled and continues to dabble in all of the numerous genres I listed above and more. He’s also written has fair share of comics, working with characters such as Jonah Hex and Conan, as well as doing superhero screenwriting for Batman and Superman animated shows. In other words, he’s been around the block a few times. His writings have also been adapted to film (Bubba Ho-Tep, Cold in July) and television (“Hap and Leonard“, “Masters of Horror“) by talents like Don Coscarelli and Jim Mickle.

All of this is, of course, discussed in All Hail the Popcorn King, alongside plenty of chats with Lansdale about his overall writing career and life in general. This documentary is at its best when it simply follows Joe around as he talks about his own history and how certain moments in life set him down the path to becoming a full-time writer. In fact, it could have used a good deal more of these moments, as the other interview subjects unfortunately tend to just come in the form of voiceover work.

While the documentary lays out the important events on Joe’s life, discusses some of his biggest influences, and touches on most of his more popular works, it merely only scratches the surface. At a runtime of just under an hour, it never truly goes deep on any particular aspect of Lansdale’s career, instead briskly touching on things and then just moving onto the next work. As a result, this feels less like a film focusing on Joe and more like something that was intended to be supplemental feature included to flesh out the extras on a special edition disc release of an adaptation of his work. Since that may well be the intended destination for it, that’s not really a knock, but instead a slight warning that when this arrives before the public at large, you shouldn’t sit down expecting an exhaustive expose on all things Lansdale.

All Hail the Popcorn King is informative and should make for a good introduction to the man and his art for people who are not already familiar with him. I am truly glad that it exists for that reason alone. From a fan perspective, however, one is left wanting a whole lot more by the time the credits roll. In other words, people really should be interviewing Joe on camera way more often. Let’s celebrate the man more often while we still have him around.